The traditions of the wandering journeyman

It’s no secret that we’re fans of heritage joinery here at English Oak Buildings, and use the traditional and precise technique called the ‘Scribe Rule. The joints are then cut by hand and pre-drilled so they can be fixed together on-site using oak pegs, and every timber in the frame has a carpenter’s mark indicating its exact location within the scheme as a whole. Forgot pre-fabricated designs and quick fixes – we believe in the craftsmanship of carpentry. Which is why we love our current educational partnership, where we take German students on a scheme that is rooted to the medieval journeyman concept.

So what is a journeyman? Well, they’re a skilled worker who has successfully completed an official apprenticeship qualification in a building trade or craft, and are considered competent and authorised to work in that field as a fully qualified employee. In parts of Europe, as in later medieval Germany, spending time as a wandering journeyman  – also known as Wandergeselle – and moving from one town to another to gain experience of different workshops, was an important part of the training of an aspirant master. Carpenters in Germany have retained the tradition of travelling journeymen even today, although only a few still practice it – hence the fact we get to welcome them!

Through an initiative from Iris Bertz MA, which encourages Creative Thinking in Education, a vocationally skilled young person visits the workshop and we teach and show them our way of working, as well as hosting them in the homes of the staff! These students, who are funded by Erasmus, have varying levels of English language and it’s a great pleasure to have them visit. They wear the authentic dress of the wandering journeyman, although we have not had a student turn up here in full on flares and hat! It’s usually modified work trousers but the same waistcoat as the journeyman would traditionally wear. We’re currently being visited by a lovely chap called Felix, who is 17 and in his second year of carpentry training. 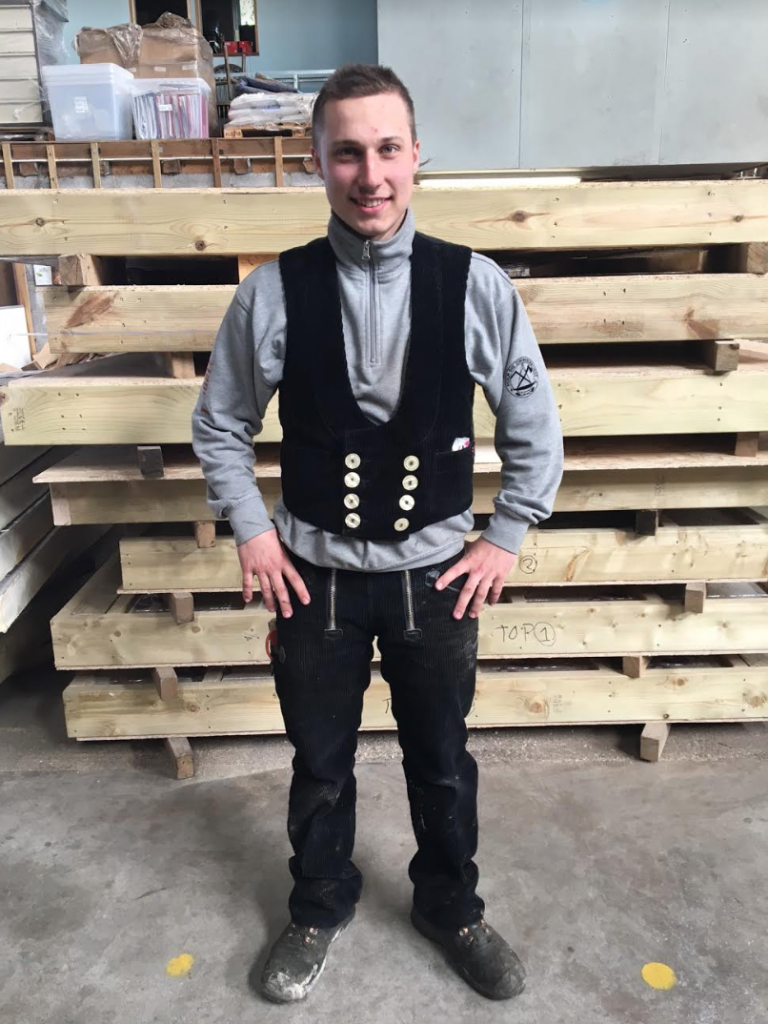