The history of the pergola

Now that’s a pergola, and not a pagoda! There are definite differences, although both will look lovely in your garden. In fact, that’s what we’re focusing on with this post – beautiful accessories and features for the outdoors. So what is the history of the the pergola?

Well, first lets be sure we all know what one is. A pergola, also sometimes known as an arbour, is a structure that forms a shaded walkway or seating area. It can also be an extension of a building or form a kind of passageway between two structures.

The structure of pergolas are formed of vertical posts or pillars that quite often support cross beams and a sturdy open lattice. We’ve all seen those beautiful examples in Italy with vines trailing from them – well, this is what they’re designed for! They were historically made from stone, brick and wood. 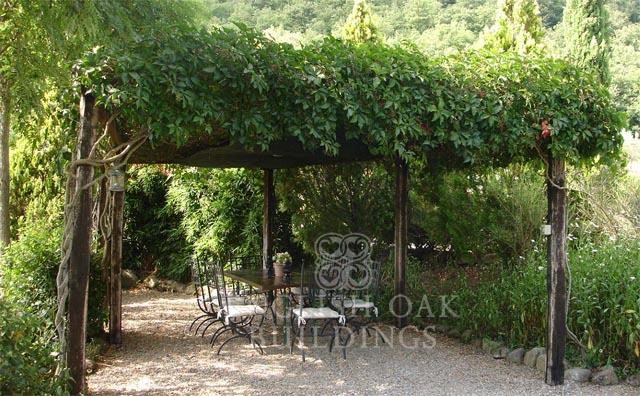 The word comes from the Latin pergula, which refers to a projecting eve. It was first mentioned in an Italian context by John Evelyn while in Rome in 1645, and was then later the term was used in an English fashion in 1654.

Pergolas fell from fashion in the 18th and 19th centuries, when a more naturalistic gardening style was all the rage. However, they started to creep back in during the late 19th and early 20th centuries, when garden designers such as Sir Edwin Lutyens and Gertrude Jekyll incorporated them into their landscapes. Thomas Mawson designed the extensive and attractive pergola that appears at the gardens of The Hill in Hamstead, for client W.H Lever. 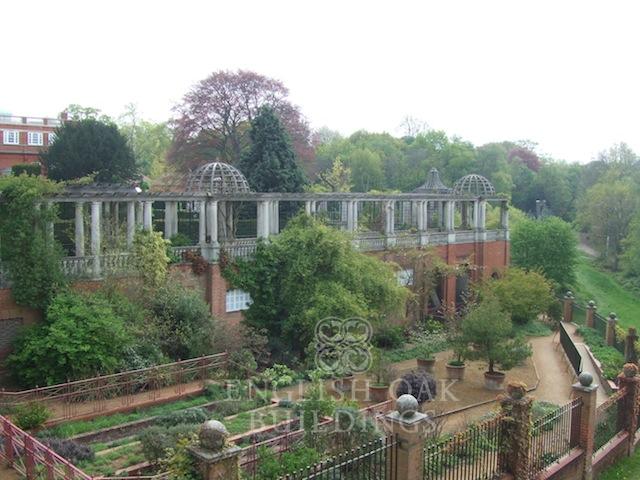 Pergola at The Hill, Hamstead. Image from www.abigailwillis.co.uk

So how about the modern pergola? Well, materials now often include wood, fibreglass and aluminium, since they are more affordable than brick or stone.  Wooden pergolas make beautiful additions to gardens. In the example below, we created this cockscrew shaped compound curved pergola in order to add a distinctive wow factor to the approach to the main entrance. The idea behind the structure is that it draws you in and up to the main house’s front door. 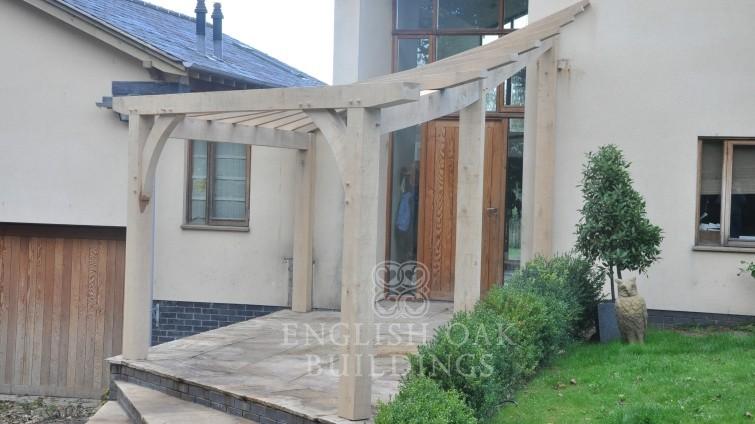 Another example of a stunning pergola designed by English Oak Buildings: 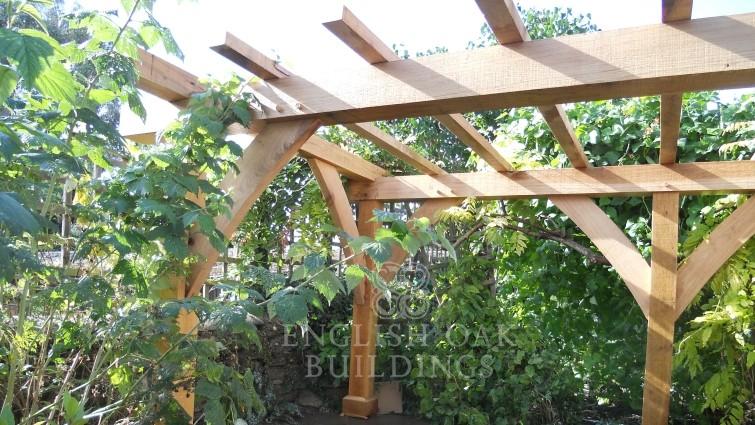 So if you feel your entrance or garden has been missing a certain something, perhaps think about investing in a pergola. Looks stunning, provides space for greenery as well as shade, and can’t fail to draw gasps of appreciation!

← Ornamental Bridges A Green Oak Frame - Perfect for a Bedroom →