Support in Malawi – helping The One Foundation, part two.

Homes with no roofs; children who are desperate to have their photo taken so they know what they look like; a tiny girl in a princess Elsa fancy dress – her only dress; a small boy (Isaac’s age) wearing a pair of shorts with his bottom hanging out… These are my first thoughts as I awake on our 2nd day in Malawi. Never have I witnessed such warmth and happiness in the face of day to day struggle just to stay alive! These people are truly inspirational.

This morning we visited a school to help with the feeding programme. Arriving at 6.30am, I was struck by how well organised the school looked and how many children were there already! We immediately headed to the kitchen where what can only be described as a huge vat of porridge was being dispensed into large plastic buckets. Armed with a cup and a chair each, Pierre and I served a portion of porridge to a very patient queue of at least 100 children. Cups and bowls of varying sizes and cleanliness were presented, and for some of these children it may have been the only meal of the day. Research has shown that providing food to children in this way helps not only with their health but their studying too. And I was again reminded of the wonderful work of the One Foundation, as profit from the purchase of One Water is allowing feeding programmes and schooling across Malawi. 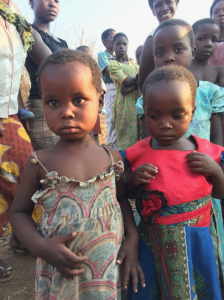 Next we attended the school assembly, and presented our gifts of pens, paper, books and footballs, which were received with awe that is reserved in the UK for Christmas Day. This was followed by an opportunity to read with some of the school children. Once again I was struck by how incredible this society is. These children – no more than 6 or 7 and many probably younger – from impoverished homes were able to read basic English and actually thrived on it. They just wanted to read and their grasp of English far surpassed my linguistic skills!

Leaving the school at around 10am we headed off on bikes for a 10km ride taking us within 10 minutes of the next water pump that needed repairing. That bike ride allowed me to truly fall in love with Malawi and its resourceful, beautiful people. We cycled through some of the most scenic landscape I have ever set eyes on, and the warmth and welcome from the individuals continued in bucket loads, while the sense of the culture and vibe of Malawi and its population was tangible.

Luckily for us the majority of the ride was downhill into the Rift Valley. But not so lucky for the vast population that live in this valley, as they had suffered disastrous flooding two years ago that destroyed whole villages, farmsteads and livelihoods. The cause of this was twofold. Malawi has a three to four month rainy season from November to February. This year the rains had been extreme. Secondly the mass deforestation that has occurred over the past 10 years means that not only did the rain cause mass erosion, but there was nothing to support its absorption. The irony of a country so desperate for clean water experiencing such devastating floods was not wasted on any of us.

A bumpy drive later we arrived at another community who had not had access to water for two years. This community had tried many times to fix their pump, but this had resulted in a shortening of the pipes so they were not long enough to reach the water table.

Whilst the children were entertained, we set to along with the community to service, replace parts and ultimately celebrate the return of the water pump to nearly 500 individuals. You’d have thought this community had won the lottery and we were a group of A-list celebrities come to deliver the cheque. This along with the previous repairs had to be one of the most humbling experiences of my life.

After a brief lunch break we headed to the Helping Hands orphanage to spend the afternoon with the amazing team of “mothers” who at this particular facility care for up to 40 babies from birth to the age of two. Helping Hands itself protects children through to adulthood through its fostering programme. As a mum of a two year old it was heart-wrenching to see not only tiny babies who’s mothers had died in labour or of HIV, or who had been abandoned by their families. By the time we had moved on to the toddlers who desperately wanted some special cuddle time we were all reflective and more than emotional. That said the orphanage itself was impeccably run, the “mothers” were wonderful caring people and every essential need of these children was being met. The challenge for us in some ways was knowing that once they were two some of these children would be returned to their families (which they were prepared for by the home) where they would live in conditions that were harsher and way more challenging than the comfort of the home.

Reflecting again that evening I could only think about what else Rory and I could personally do and what our company could do to continue to support these resilient people and the “heroes” that are dedicating their lives to supporting them.

I vowed not only to publicise their cause and the great work that they are tirelessly committed to but also to use whatever influence I can have to increase the sales of One Water both with Bidvest but also personally through our family, friends and extended network.

Want to know more about One Water and The One Foundation? Visit their website www.onedifference.org, and pick up a bottle of One Water next time you’re thirsty! 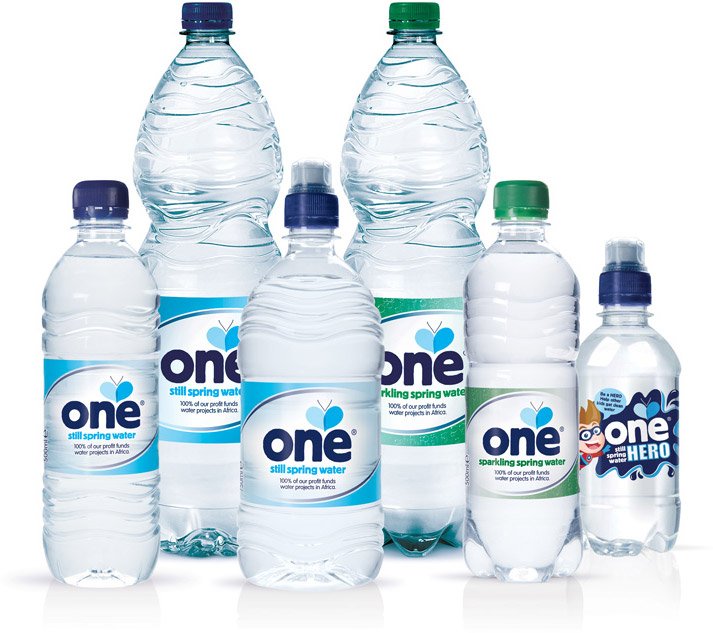