The English Oak Buildings team recently completed a project working on a barn with a hammer beam truss design.

The client came to us with a specific brief to replace an existing barn with a clear span roof design with an uninterrupted floor space. Scott provided two 3D designs – a tie beam design and a hammer beam truss design. After assessing the 3D modelling the client had a much clearer idea of what they preferred, and opted for the hammer beam truss design. This satisfied the brief, providing an airy roof space considering the low pitch, whilst maintaining its structural integrity.

So what is a hammer beam roof? Well, the characteristics of this roof style are that it’s open and decorative, most notably typical of Gothic English Architecture. Short beams project from the walls on which the rafters are then placed. These are the hammer beams, which are supported by curved braces from the wall. Hammer posts or arch-braces are built on top to support the rafters and typically a collar beam. A roof with one pair of hammer beams is a single hammer beam roof, while the roofs that have a second pair are called double hammer beam roofs (truss).
A hammer beam roof is essentially a tie-beam roof which has the middle cut out, allowing for an airier space. The way it is deigned and constructed means a hammer beam roof can span a greater length than the individual piece of timber used – ideal for those wanting uninterrupted floor space over a large area.
The frame we worked on recently features wind braces and a double run of  purlins in the roof, jowl posts and extra large cross frame braces to support the hammer beam truss. The frame was encapsulated with SIPs panels, which was in turn clad with green oak, feather edge cladding boards, trim and stops. 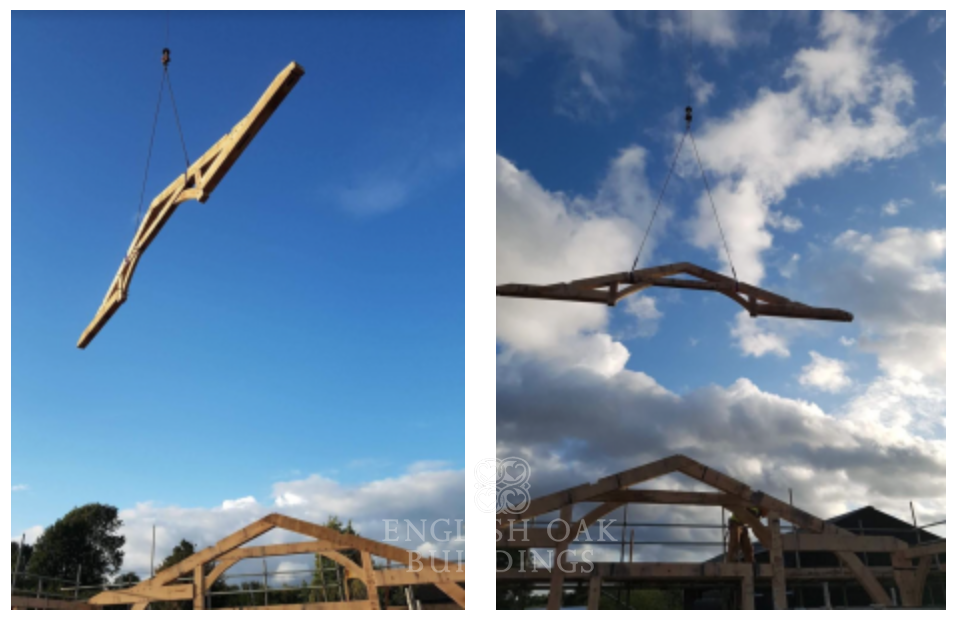 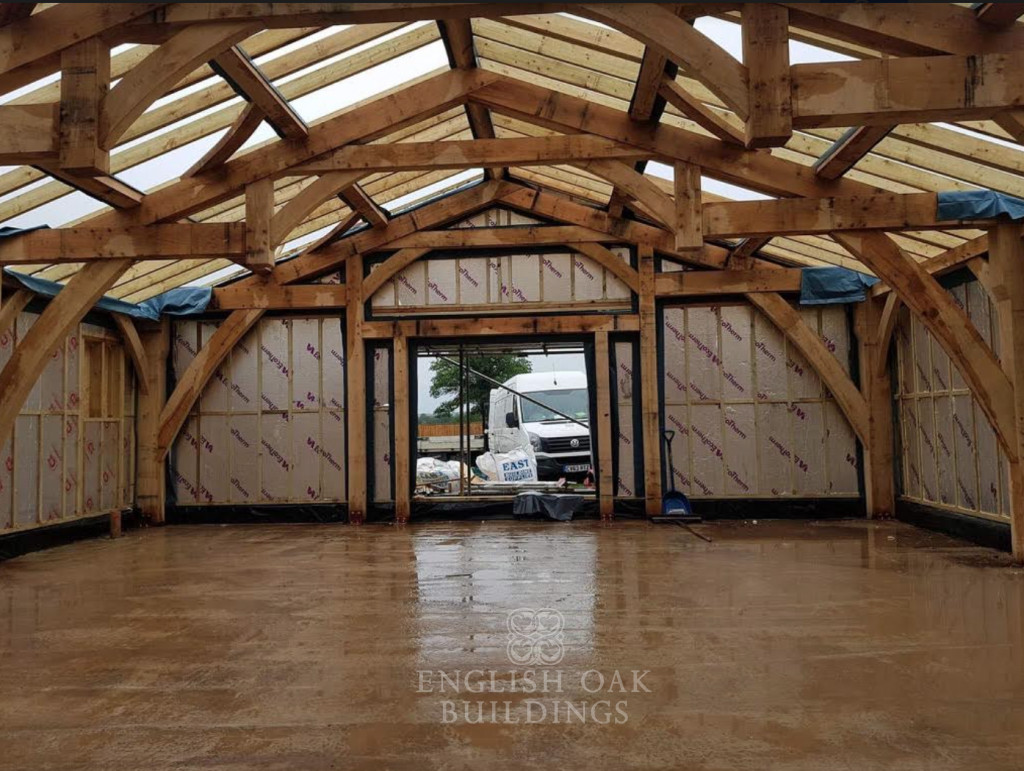 ← 3D Modelling - all part of the service Currently, in the English Oak Buildings workshop... →